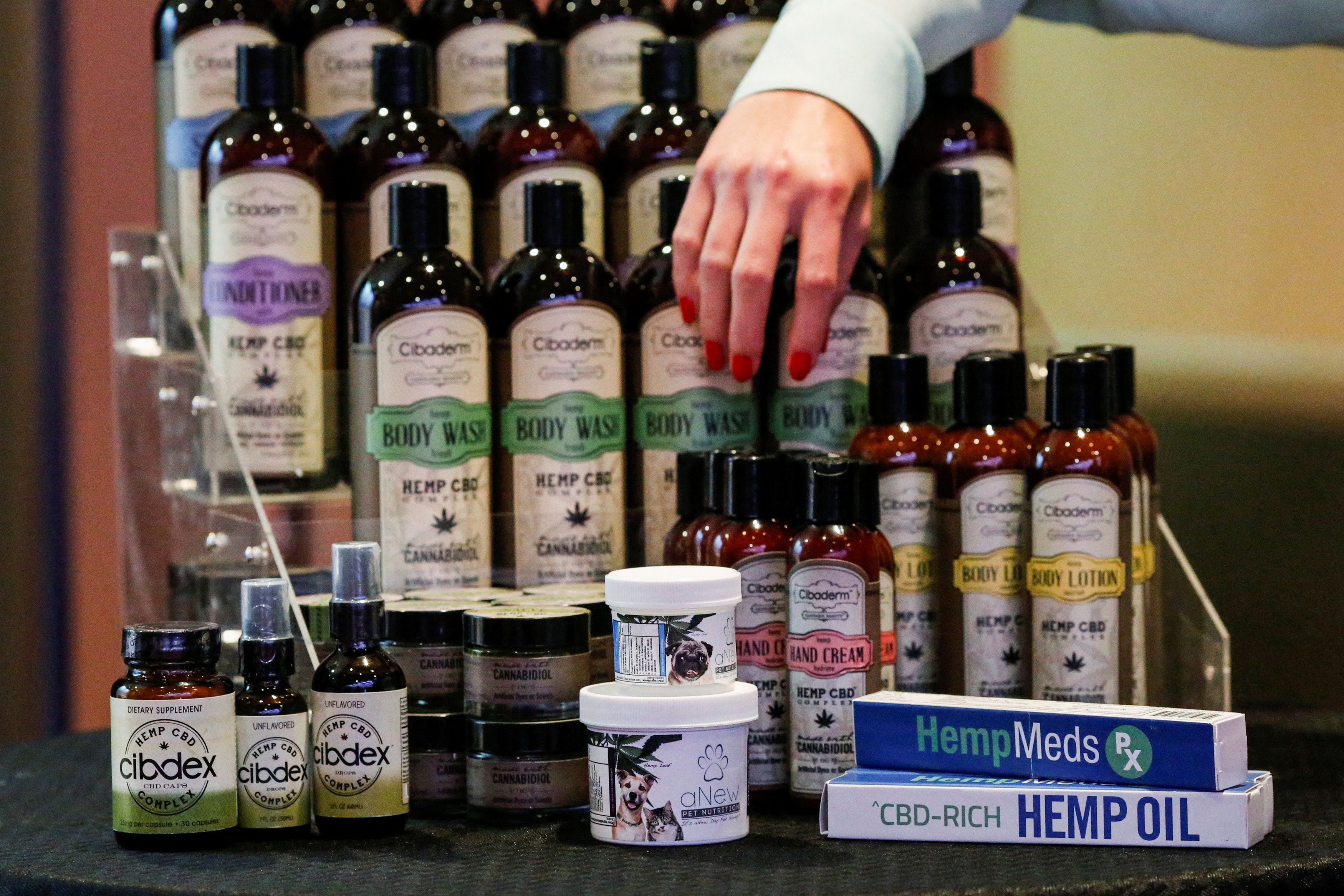 However, many other potential COVID treatments that showed promise in test tubes, from hydroxychloroquine to various drugs used to treat cancer and other diseases, ultimately failed to show benefit for COVID-19 patients once studied in clinical trials.

Marsha Rosner of the University of Chicago led a team that found CBD appeared to help curb SARS-CoV-2 in infected cells in laboratory experiments. "Our findings do not say this will work in patients. Our findings make a strong case for a clinical trial," she said.

Using small doses of highly purified CBD that approximate what patients receive in an oral drug already approved for severe epilepsy, Rosner and colleagues found that CBD did not keep the coronavirus from infecting cells in test tubes.

Rather, it acted soon after the virus entered the cells, blocking it from making copies of itself in part via effects on the inflammatory protein interferon. They found similar effects in infected mice, according to a report in Science Advances.

When they looked at a group of adults with severe epilepsy, the researchers found those who were taking the approved CBD drug had lower rates of COVID-19. But a backward look at a small number of patients does not yield conclusive information. Only randomized clinical trials can do that, Rosner said.

"I know my message is not something people want to hear," she said.

Small doses of tetrahydrocannabinol (THC) - the marijuana ingredient that causes the high - cannabidiolic acid (CBDA), cannabidivarin (CBDV), cannabichromene (CBC), and cannabigerol (CBG) did not keep the virus out of cells or prevent it from replicating, her team found.

"Not only did THC not work, but combining it with CBD prevented CBD from working," Rosner said.

NO COVID CURES AT CBD DISPENSARY

A separate team reported recently in the Journal of Natural Products that high doses of CBG and CBDA do prevent the coronavirus from breaking into cells.

Richard van Breemen from Oregon State University told Reuters that the doses his team tested were non-toxic to cells. It is not clear yet that similarly high doses would be safe for humans, his team said.

"You want the lowest possible effective dose," Rosner said, because of potential side effects as the drug is filtered through the liver.

The CBD her team tested was more than 98% pure, while purity in commercial products is far lower. "People should not run out and get CBD from their favorite dispensary," she said.

CBD products have become widely available in many forms and have been touted - often without proof from clinical trials - as treatments for pain and other ailments.

Small CBD trials in humans with COVID-19 are underway.

In one completed study, researchers in Brazil randomly assigned 105 patients with mild or moderate COVID-19 to receive CBD or a placebo for 14 days along with standard care. The CBD had no apparent effect, according to an October report in Cannabis and Cannabinoid Research.

In a proof-of-concept study at Sheba Medical Center in Israel, researchers are randomly assigning patients with mild COVID to receive CBD or a placebo.

An early-stage trial at Rabin Medical Center, also in Israel, aims to test the effect of CBD in severely or critically ill patients. However, study leader Dr. Moshe Yeshurun told Reuters that accruing participants has been difficult because the current Omicron-driven coronavirus wave "consists mostly of patients with mild to moderate disease."

Rosner's team is exploring the possibility of a clinical trial that would likely focus on asymptomatic or mild cases of COVID. Meanwhile, she is concerned that media reports overstating the potential of cannabinoids will lead people to self-medicate with CBD, stop using masks and avoid vaccines.

"We would love to be able to say specifically" that a certain dose of cannabinoids is helpful, she said, but at this point, "vaccine-induced antibodies and antibody drugs are much more effective at blocking infection."