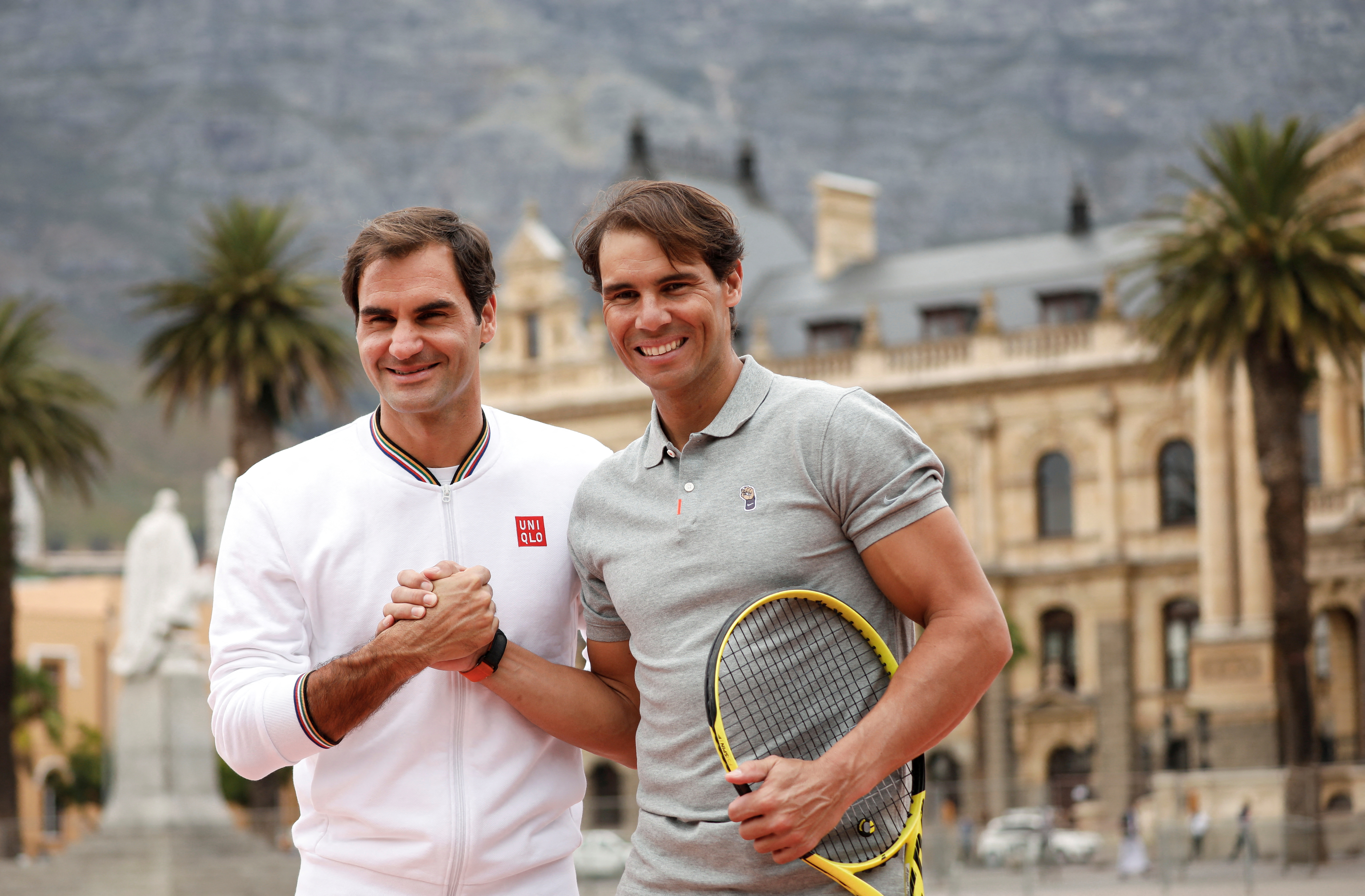 'Fedal' comeback on the cards as Federer, Nadal sign up for Laver Cup - Reuters

Feb 3 (Reuters) - Tennis fans could see Rafa Nadal and Roger Federer team up one more time after Laver Cup organisers announced on Thursday that the duo will be part of Team Europe's title defence against Team World this year.

Nadal created history on Sunday by defeating Russian Daniil Medvedev in the Australian Open final to claim a men's record 21st major title and move one ahead of Federer and Novak Djokovic, who were both missing in Mebourne. read more

The Spaniard, who has twice played at the Laver Cup, paired up with Federer for their first and only doubles match together at the inaugural edition of the event in Prague in 2017.

"I suggested to Roger we should play doubles together in London and he seems keen, so now we just need to persuade our captain Bjorn (Borg)," said Nadal.

"Roger has been a huge part of my career, a big rival and also a true friend.

"To be part of Team Europe together is great and if we're able to possibly share the court one more time as a doubles pairing then this would be a truly special experience for us both at this stage in our careers."

Federer has not played since being knocked out in last year's Wimbledon quarter-finals following a third knee surgery, but the Swiss great aims to return by April or May. read more

"I'm really looking forward to getting back into competition later this year and Laver Cup is very much part of my plan," Federer said of the tournament, which will be staged in London from Sept. 23-25.

"Rafa is an incredible person and an inspiration to me and countless others around the world.

"He messaged me on social media after the Laver Cup in Boston last year suggesting we play doubles in London and I am definitely up for a Laver Cup 'Fedal' comeback!"

Reporting by Manasi Pathak in Bengaluru; Editing by Ken Ferris