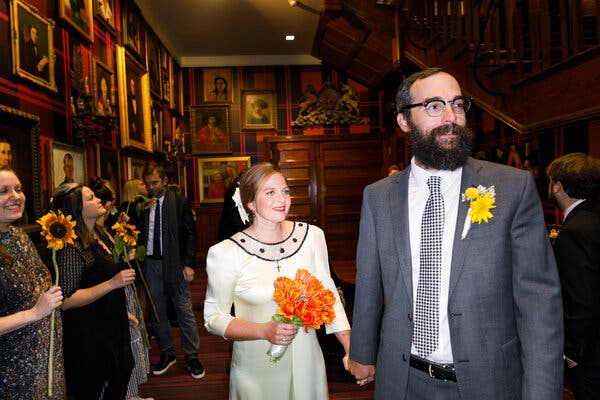 First They Built a House. Later, Huts. Then, a Life Together.

Michael Porten and Trish Andersen, both artists, collaborated on a microhouse in 2014. The next year, he helped her build huts in France, during what she calls a summer of love. 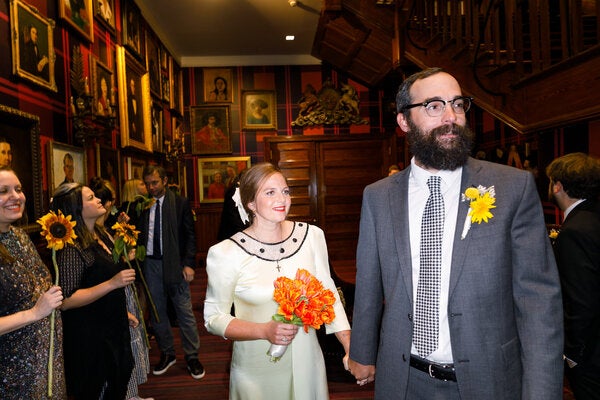 Trish Andersen and Michael Porten, who are both artists, were married at Savannah College of Art and Design on Nov. 6, 2021, seven years after they met while working on a project commissioned by the college. Credit... Leslie Ryann McKellar for The New York Times

Michael Porten had been sleeping on a piece of foam inside a Savannah, Ga., parking garage when Trish Andersen invited him to crash in the room at a local hotel that she was sharing with her ex-boyfriend.

Mr. Porten, of Savannah, was not down on his luck, just slightly maniacal about proximity to his job site at the Savannah College of Art and Design. In March 2014, he and Ms. Andersen, both artists, had been commissioned by SCAD to create a microhouse near campus no bigger than a parking space for a project called SCADpad, which focused on the future of urban housing design.