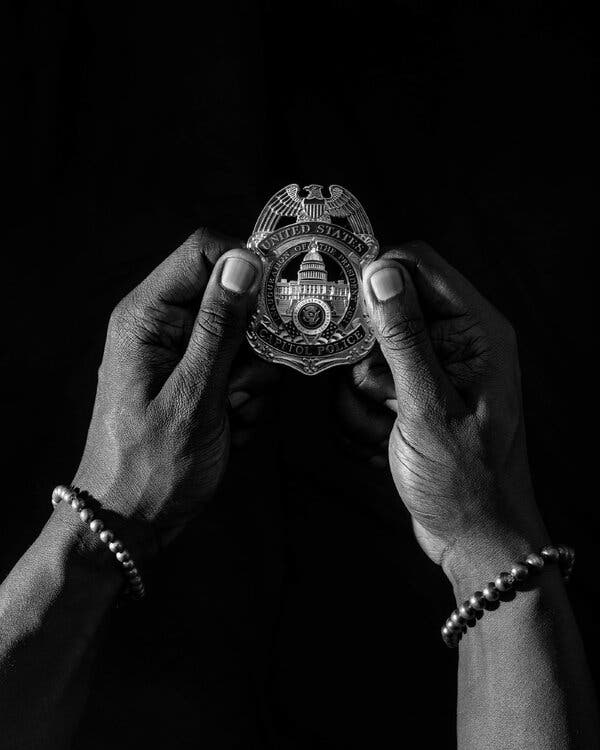 The Capitol Police and the Scars of the January 6th Riot

Listen to This Article

To hear more audio stories from publications like The New York Times, download Audm for iPhone or Android .

On the morning of Jan. 6, Caroline Edwards, a 31-year-old United States Capitol Police officer, was stationed by some stairs on the Capitol grounds when the energy of the crowd in front of her seemed to take on a different shape; it was like that moment when rain suddenly becomes hail. A loud, sour-sounding horn bleated, piercing through the noise of the crowd, whose cries coalesced into an accusatory chant: “U.S.A.! U.S.A.!” Edwards, who is 5-foot-4, tried to make herself look imposing. Behind a row of bike racks, alongside four other officers, she stood in a wide stance, her hands on her hips. A man in front of her whipped off his jacket as if he were getting ready for something, flipped his red MAGA hat backward — and then the rioters were pushing the bike racks forward as the officers pushed back, trying to hold their balance.

A sergeant standing closer to the Capitol looked over just in time to see a bike rack heaved up and onto Edwards, whom he recognized by her tied-back blond hair. She crumpled to the ground, head hitting concrete, the first officer down in what would prove to be a bloody, bruising battle, the worst assault on the Capitol since 1814, when the British burned the building. The crowd howled and roared, rushing past the barricade as that sergeant started screaming into the radio orders to lock all Capitol doors.